Today it was announced that NXT makes a big impact when WWE 2K17 releases later this year with a special NXT Edition of the game. The NXT Edition of WWE 2K17 will be $100, exclusive to PS4 and Xbox One and will include a lithograph signed by the â€œKing of Strong Styleâ€ Shinsuke Nakamura, an 8â€ collectible figure of Finn BÃ¡lor, and NXT TakeOver: London collectible cards that each come with an actual piece of ring canvas from the event. 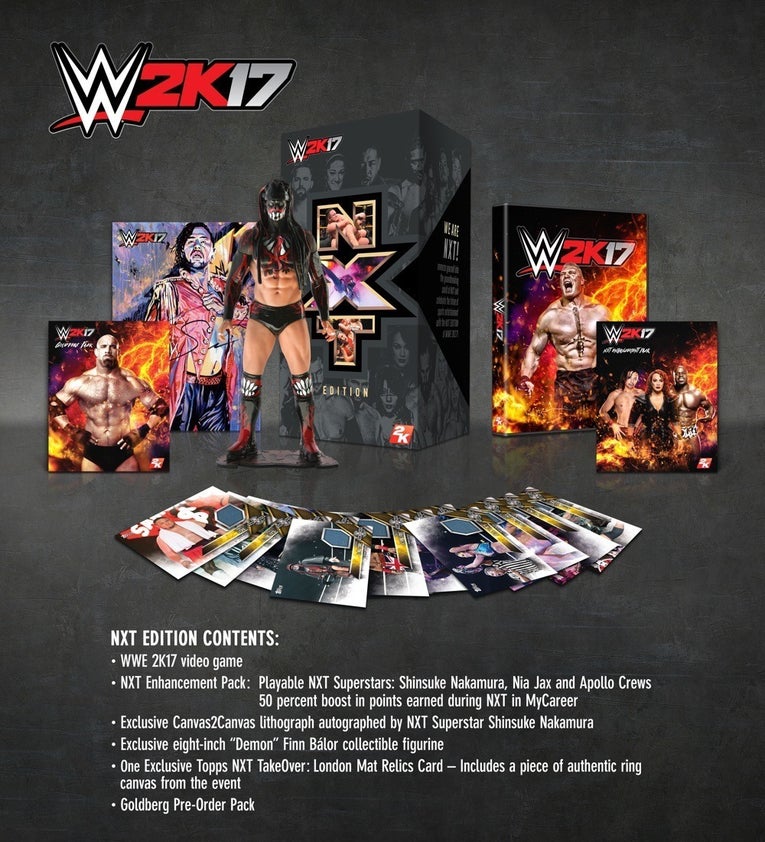 The WWE 2K17 NXT Edition is limited to 50,000 copies worldwide so fans will have to move fast to get their hands on it. Pre-orders for the game are being taken from today. As well as the above incentives, the edition also includes day one access to NXT stars Shinsuke Nakamura, Apollo Crews, and Nia Jacks as playable characters, as well as 50% more points at NXT in MyCareer mode.

You can find more information about the game right here, on Ã¼bernation.uk, when it becomes available.